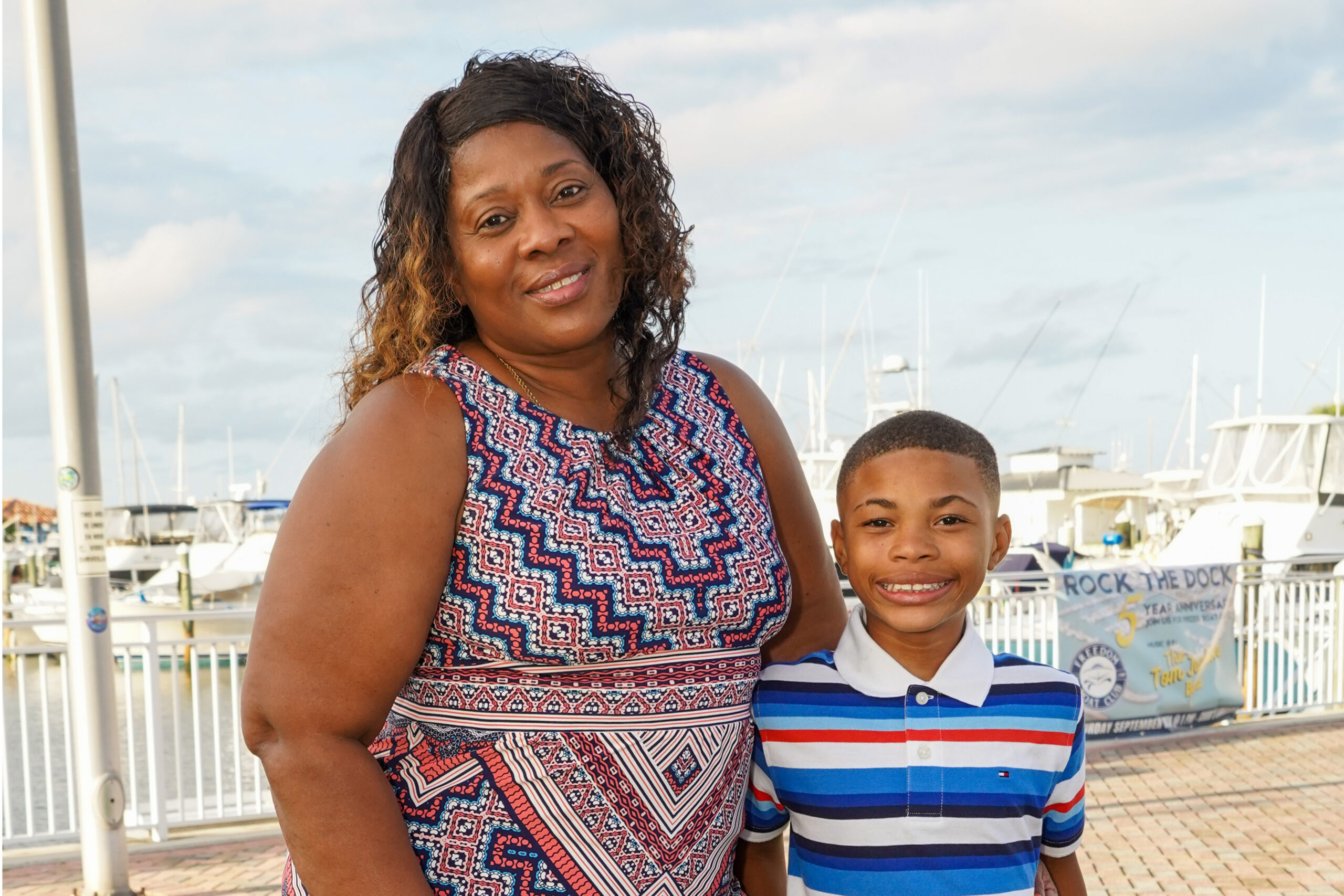 Life during the pandemic was especially difficult for Patsy Collins. As primary caretaker of her nine year old grandson, Gary Jr., Patsy had to juggle working a remote, full-time job while doubling as his teacher for his year of virtual school. And all of this was done in the bedroom they rent in a house they share with eight other people. In addition to being overcrowded, their living situation comes with a lack of privacy and security. Patsy is constantly worried about her grandchild’s safety when her roommates and their friends are frequently coming and going from the house. Sadly, this house is an improvement on the past places Gary Jr. has lived.

Patsy has always dreamed of being a homeowner but was beginning to lose hope that she could ever afford to on her single salary. However, the thought of providing her grandchild a safe home in a neighborhood full of families where he can feel secure playing in the backyard with friends has kept her going. After feeling like she is constantly being pushed back in her efforts to own a home, this opportunity with St. Lucie Habitat is like finally moving forward.

When Patsy got the call that she had been selected to become a Habitat Homeowner, the breath was knocked out of her. She immediately fell to her knees and with tears streaming down her face, she began to pray. Patsy truly believes that Habitat is changing people’s lives by providing them with an opportunity to own an affordable home. Being a Habitat Homeowner in Process is building up her self-esteem as she is learning how to manage her finances and gaining confidence in her ability to support herself and her grandson. Most of all, Patsy is looking forward to the peace of mind that her Habitat Home will provide.