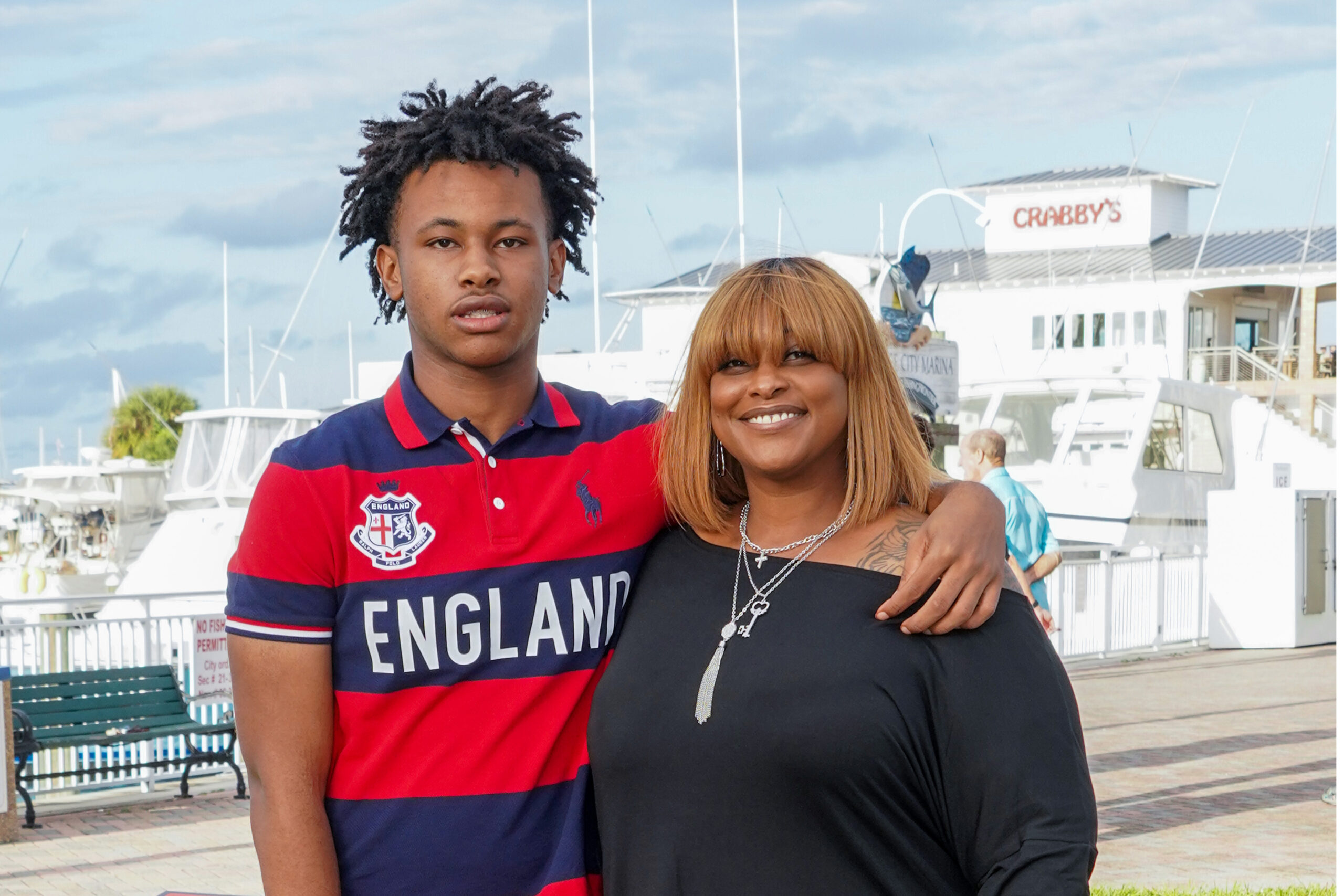 My name is Tameshia Martin. I am 38 years old. I have one son, Antwan Jones, Jr., soon to be 16 years old on January 30th. I was born and raised in Fort Pierce. I am the older of 2 children. My family and I  have lived in this community our entire lives. I attended the local schools in Fort Pierce and graduated from Westwood High School in 2000. I went off to college at Tallahassee Community College where I received my AS in Crimanal Justice. Thereafter, I returned to the great city of Fort Pierce. I received my BA in Criminal Justice in 2015 from Indian River State College. I currently work as a Targeted Case Manager in Mental Health. I also work part-time as a Project Coordinator with a pre-collegiate program for secondary education. I just recently graduated from St. Petersburg’s College in Funeral Arts, and now am completing my internship as a Licensed Funeral Director. My hobbies, at the moment, are study, study, study as I prepare for the State Board Exam.

I have been through many struggles in life, divorce, a cancer scare, surgeries, etc., but my son has been my motivation to never give up. I went through a time about 3 years ago that led me to the path of homeownership. In January of 2018,I went through a cancer scare. I had to have surgery for a partial hysterectomy. The surgery went well, however, a week after the surgery, I was rushed back to Jupiter Medical Hosptial with an abscess between my colon and rectum. It was a life and death situation that fortunately did not end in cancer. I was in the hospital for week and in recovery – out of work – for another month. At that time, the house I was renting was put up for sale. I felt helpless because I had been renting the house for 10 years and wanted to buy it, however, the landlord wasn’t willing to work with me. So, my son and  I had to pack up the entire house – with 10 years of stuff –  in a month and move in with my very gracious mother who was also caring for my niece. Even though it was a lot and overcrowded, she welcomed us with open arms. I will forever be grateful! I said, “Lord, what am I going to do?”.  My son said, “Ma, we are going to be alright”. Those words continuously play in my head.

My best friend suggested I apply for a Habitat home. She stayed with me when she was in need and during that time applied to Habitat and was accepted into the homeownership program, so I was able to help her with her hours. I applied to the Habitat Homeownership Program a year ago, however, I was not selected that time.due to my credit issues. I was adviced to take care of these issues and try again. I had many road blocks at that time – many credit cards, my car and my mother’s car were all part of my credit issues. I began to pay things off – my mom’s car, credit cards, etc. I then applied again and after going through the application process, received a phone call that I will never forget. “Hello Tameshia, this is DonnaLea. I wanted to let you know that your application has been approved”. I started crying, saying, “Are your for real? Are you playing?” The answer was, “No, I’m serious! Congratulations!”. I called my son and said, “Baby boy, mommy did it!”

All my letdowns have brought me to victory. My biggest dream is now coming to life – I WILL be a homeowner!